Homes for Sale in Frisco, TX 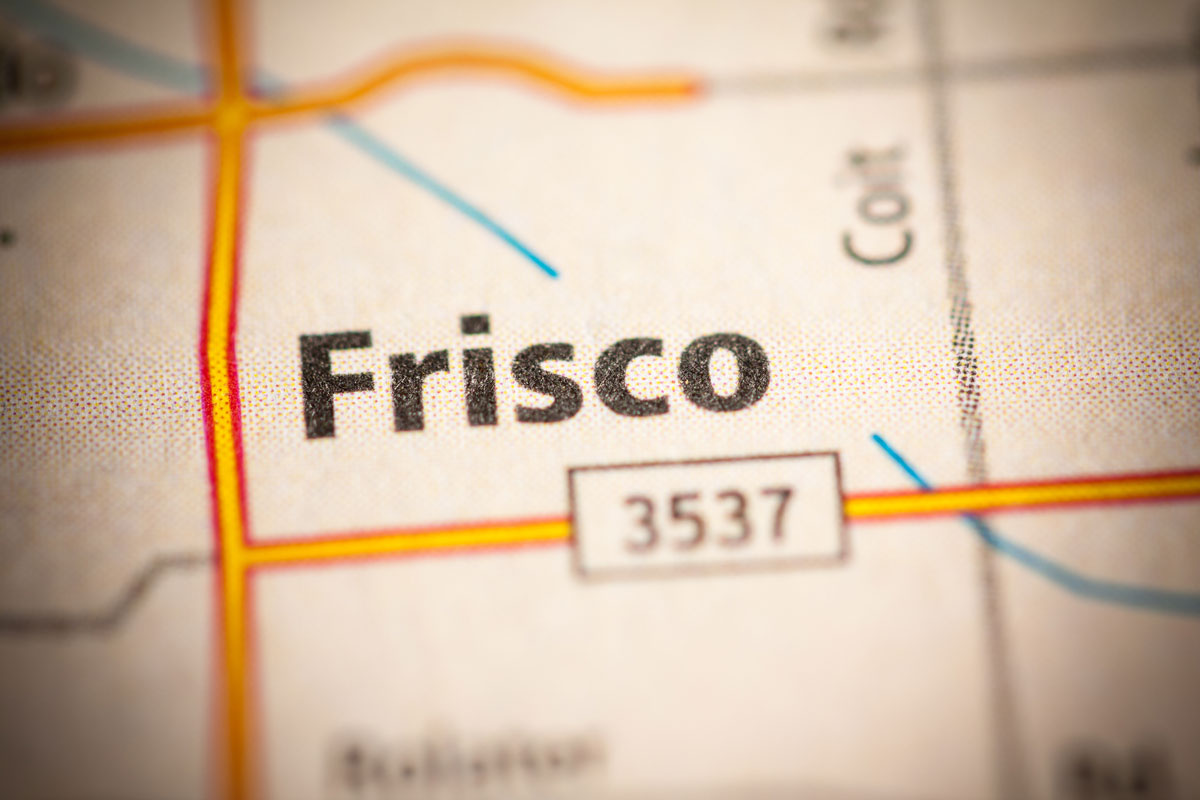 Anybody looking for homes for sale in Frisco, TX or simply evaluating Frisco real estate even 10 years ago will be amazed by what’s happened to this no-longer-sleepy bedroom community.

Just 15 years ago Frisco’s population was roughly 33,000. Frisco was a small town that hardly anybody paid attention to while driving in and around far north Dallas communities of Plano, Richardson, McKinney, Allen, and others to the west.

Now, that once-sleepy nondescript town of Frisco has grown by more than 300 percent to nearly 160,000 people and is a major attraction for families looking for new homes in Frisco and companies investing in Frisco real estate.

The latest lure and draw for people looking for houses for sale in Frisco and businesses investigating Frisco real estate opportunities is the city’s $5 Billion Mile.

Perhaps unlike any other one-mile stretch anywhere in the United States, Frisco has attracted more than $5 billion in capital investment, either under construction or announced, within a one-mile stretch of road along the Dallas North Tollway from Warren Parkway North to Lebanon Road.

This is a real estate boom unseen in at least a generation. In fact, the Dallas-Fort Worth (DFW) region is so hot that PricewaterhouseCoopers and ULI put DFW at the top of the “Top 20 Markets to Watch” in their 2016 Emerging Trends in RealEstate report.

What’s attractive to developers and investors, corporations, businesses, small businesses and people examining homes for sale in Frisco, TX are yields to investors, the area’s general economic strength from occupancies and job growth as well as continued cultural, educational improvements, and infrastructure improvements like new tollways and expansion of the light rail system.

How did Frisco — that farming and railroad community named after the St. Louis, San Francisco Railroad — get to the $5 Billion Mile mark?

Frisco’s first Master Plan was adopted in 1982 and has been continually updated. Part of that plan was to build Frisco into a bedroom community as a way to draw corporations down the road.

This commitment to building a stellar bedroom community, attracting people looking for new homes and curious about Frisco real estate opportunities, really began to kick in in the late 1990s and development followed.

Here are several draws that attract families looking for houses for sale in Frisco:

• Schools. The Frisco Independent School District has played a huge role in attracting families to Far North Dallas. The small school model adopted by the school district has made the city a preferred location for families looking at Frisco real estate. In fact, a tax increment financing plan (Zone No. 1) started in 1997 as a partnership between The City of Frisco, Collin County, the Frisco ISD, and the Collin County Community College District has helped build the following:

Obviously these and two premier retail shopping centers — Stonebriar Centre and IKEA — are big attractions for families looking at new homes for sale in Frisco, TX or evaluating Frisco real estate and fit into the Frisco big picture, which now includes the $5 Billion Mile.

The impact of the $5 Billion Mile investment and development is staggering, not only for families looking for homes for sale in Frisco, TX but also businesses wanting to relocate and small businesses seeking to support the bigger fish.

Here is a quick look at the developments that make up the $5 Billion Mile:

The Star in Frisco

The flagship development, The Star in Frisco, naturally gets the most attention because, well, it’s the development spearheaded by Jerry Jones, owner of the National Football League’s Dallas Cowboys who, for years, has been investing in Frisco real estate for both residential and commercial interests.

Imagine searching homes for sale in Frisco or examining Frisco real estate and knowing that around-the-corner neighbors are the Dallas Cowboys, still America’s Team. A few quick facts about The Star:

• Coming to The Star: Cowboys Fit, Fans United, Dee Lincoln Prime, Next Step Dance, among others

Perhaps not as sexy as having the NFL’s Cowboys in the neighborhood is the Frisco Station, a massive development of office, medical, retail, restaurant, and hospitality space.

Interestingly, The Gate’s developers — Invest Group Overseas (a Dubai-based group making its first investments in the United States) — were the first to actually announce developing in Frisco. It’s now under construction (info).

Last but certainly not least is Wade Park, a massive $2 billion mixed-use development by Thomas Land Development that’s on the southeast corner of the Dallas North Tollway and Lebanon Road.

$5 Billion Mile Adds Up To

The collection of development projects, if built as announced, will bring the following to Frisco:

• A 12,000-seat indoor multi-use facility at the Dallas Cowboys headquarters

This once sleepy bedroom community is now wide awake and attracting lots of attention — from families looking at new homes or homes for sale in Frisco to large and small companies evaluating Frisco real estate options for relocation or expansion.

Hard to believe the city is only 71 square miles — with 60 percent under development.