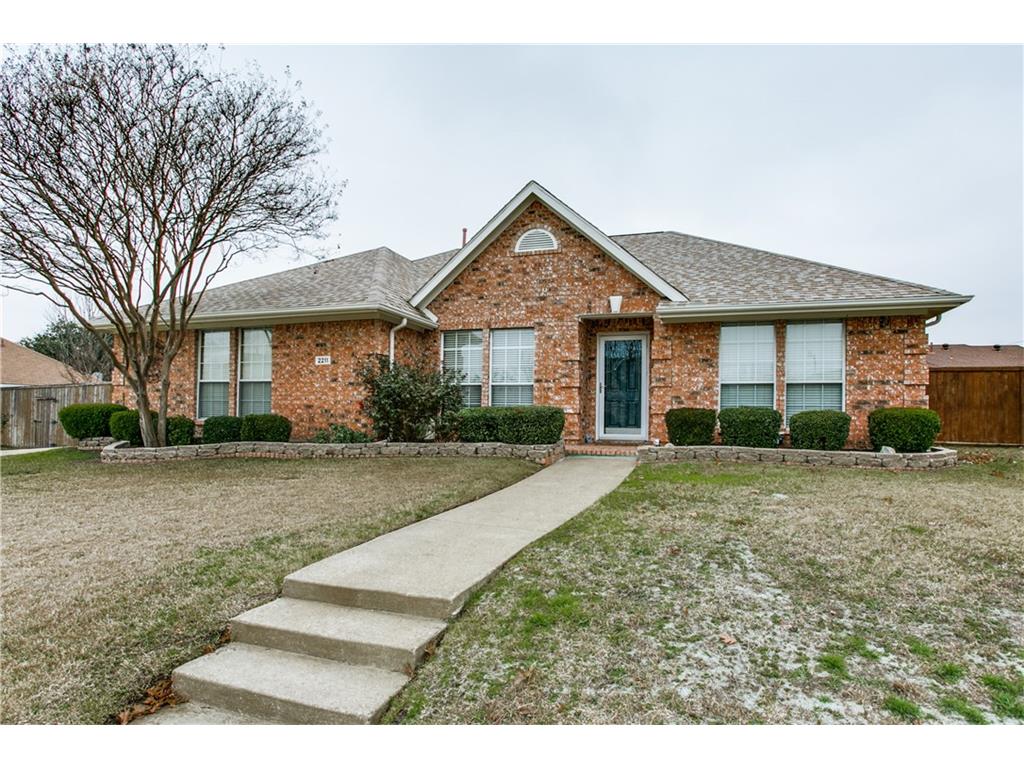 When looking at homes for sale in McKinney, TX or evaluating McKinney real estate, there are, obviously, thousands of things to consider. Let’s look at specifics for 2211 Ridgewood Dr., a part of the McKinney Heights subdivision.

2211 Ridgewood Dr. is located in the northern part of McKinney, just west of U.S. 75 (North Central Expressway) and north of U.S. 380, a major east-west thoroughfare. For anybody looking at homes for sale in McKinney, TX or investigating McKinney real estate options with a need to quick access — north, south, east, or west — this is an address to consider.

What also characterizes 2211 Ridgewood Dr. is conveniently raising a family. A few things of note for those considering houses for sale in McKinney:

• Vega Elementary School almost can be seen by looking out the front door, it’s that close, and is an easy walk to and from with the kids.

• Located next to Vega Elementary (also an easy walk to and from 2211 Ridgewood Dr.) is McKissick Park, a seven-acre neighborhood park with the usual amenities to occupy kids when they’re not inside playing video games — barrier-free play structures, swings, a baseball/softball backstop athletic field, and an open turf area for soccer games.

• 2211 Ridgewood Dr. is also a short drive (right on Taylor Burk Dr., left on Community Ave.) to McKinney North High School, which will come in handy when the kid misses the bus or you’re still driving in the morning to school.

• Vega, McKinney North (and Johnson Middle School) are a part of the McKinney Independent School District that has 26 of 27 campuses ranked “exemplary” or recognized by the Texas Education Agency.

• If that isn’t enough schooling available close by for those looking at McKinney homes for sale or evaluating real estate options in McKinney, 2211 Ridgewood Dr. is also around the corner from the sprawling Collin College Central Park campus, which includes Collin Park Campus Library and Collin College. Total enrollment for Collin College campuses has topped 50,000 students since every year since 2010. The school has a stellar reputation for preparing students with college prerequisites before they head off to other area colleges like the University of Texas at Dallas, Southern Methodist University, the University of Dallas, and others.

• A Kingdom Hall of Jehovah’s Witnesses is nearby, as well as churches for many other faiths.

• Adding to the convenience factor is the down-the-street availability of retail stores like Target and Academy Sports & Outdoors, home improvement centers like Lowe’s, and dozens of restaurants (Chipotle, Chili’s, Blue Goose) when you want a quick bite.

Often times people looking for homes for sale in McKinney or investigating McKinney real estate options don’t know much about the city other than it’s north of Dallas. To provide perspective and context, here is some helpful information about the city and its history.

Despite the steady growth of the past 20 years, McKinney remains a relatively “small” to medium-sized city that’s attractive to people looking for new homes because of easy access north, south, east and west and what’s needed to raise a family is right at hand.