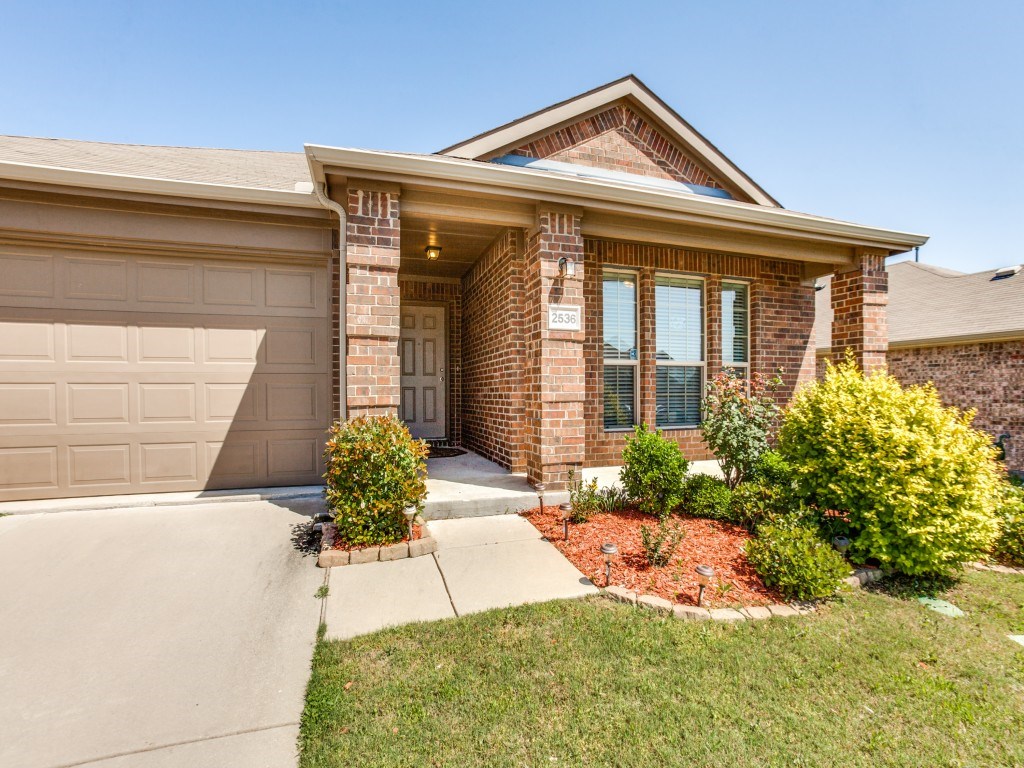 When looking at homes for sale in McKinney, TX or evaluating McKinney real estate, there are, obviously, thousands of things to consider. Let’s look at specifics for 2536 Slalom Dr., a part of the Summit View Lake subdivision.

What stands out about 2536 Slalom Dr. is that the residence is pretty much right smack in the middle of McKinney, which may be attractive to some people looking at new homes in McKinney or investigating McKinney real estate. The residence is north of U.S. 380, a major east-west thoroughfare that defines the northern part of the city. U.S. 75 (North Central Expressway), the major north-south freeway, borders to the east and Texas 2478 (N. Custer Rd.), a lesser-traveled north-south road, frames the western edge.

What also characterizes 2536 Slalom Dr. is what is nearby, including:

• Summit View Lake is nearly across the street, easily within walking distance, and is somewhat of a neighborhood-only, small, recreational lake. It’s not a part of McKinney’s extensive parks and recreation, and it’s not listed as an official Texas lake, so it’s more like a private playground with no overcrowding.

• If outdoor recreation is important to someone looking at houses for sale in McKinney or evaluating McKinney real estate, one of the best overall parks in North Texas is just up the road to the northeast. Erwin Park is home to one of the best mountain bike trails in the region and a favorite of the Dallas Off-Road Bicycle Association. The park is 212 acres of rolling hills, open spaces, greenery, and a few wicked drops for those interesting in mountain biking. It includes seven miles of bike trails, three picnic pavilions, restrooms, campfire sites, and playgrounds. And one never knows when an emu will jog by. Seriously.

• If Junior gets a little rambunctious at Summit View Lake or Erwin Park, fear not. The BaylorScott & White Medical Center is just down the road. A part of the enormous BaylorScott & White healthcare system in North Texas, the hospital was built in 2012 to meet the specific needs of McKinney residents and surrounding communities. Already the facility has expanded by adding more beds and doubled its existing space.

• If interested in doing something a little different, 2536 Slalom Dr. is not far from Third Monday Trade Days, the oldest and largest monthly trade days/flea market in North Texas. Third Monday traces its roots back to a county-wide market that began in the 1870s. More than 450 vendors offer everything you can imagine.

Being in this part of the city, residents certainly feel McKinney’s “roots” like the Third Monday Trade Days. Often people looking for McKinney homes for sale or investigating McKinney real estate options don’t know much about the city other than it’s north of Dallas. To provide perspective and context, here are some helpful facts and historical information:

Despite the steady growth of the past 20 years, McKinney remains a relatively “small” to medium-sized city that’s attractive to people looking for new homes because of easy access north, south, east and west and what’s needed to raise a family is right at hand.