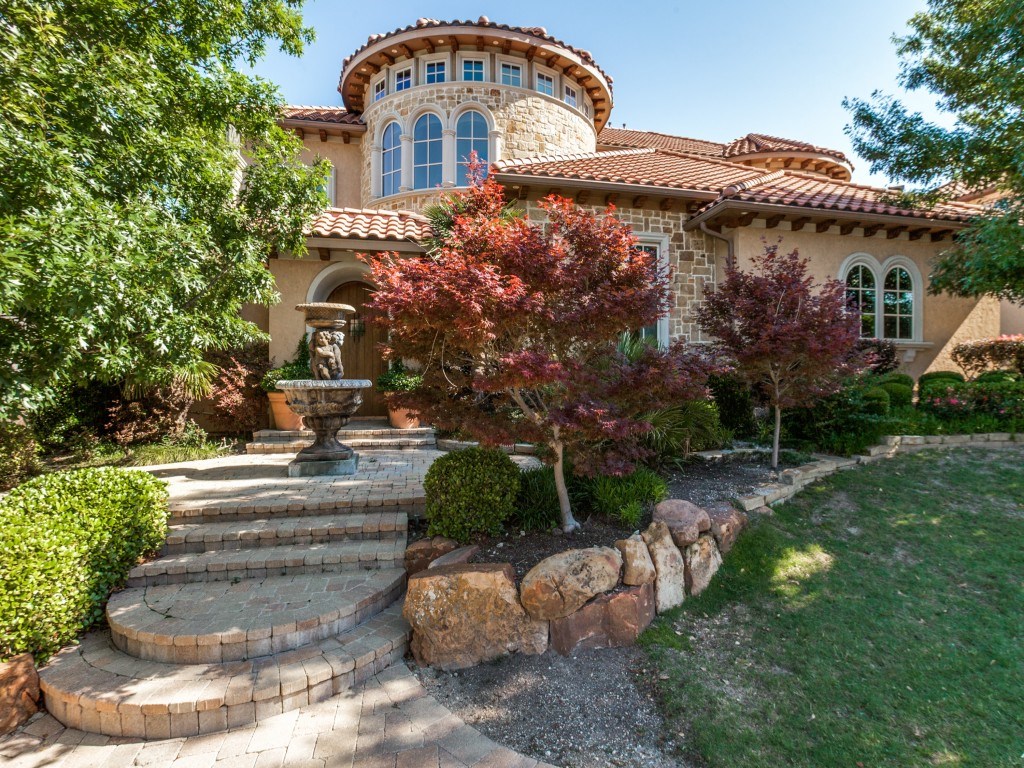 When looking at homes for sale in McKinney, TX or evaluating McKinney real estate, there are, obviously, thousands of things to consider. Let’s look at specifics for 3508 Elk Run Rd., a part of the The Bluffs of Winding Creek subdivision.

First, think about this: bluffs and winding creek. 3508 Elk Run road is definitely luxury real estate in McKinney because there are bluffs! And a winding creek!

3508 Elk Run Rd. sits in between some of the most picturesque parts of McKinney. To wit:

• A few blocks due west is the Stonebridge Country Club, a Club Corp. property that features two distinctive clubhouses and award-winning golf courses, tennis courts, swimming pools, and more. Avid Golfer magazine noted that Stonebridge Country Club is a Best Country Club/Mid-Priced category and a Best Value, which will certainly attract the attention of people looking at McKinney, TX homes for sale and evaluating luxury real estate in McKinney.

• Also in the Stonebridge Country Club area is Saddlebrook Lake and the WB Finney Park, small, neighborhoody, but still green, recreational, and enjoyable.

• As if this isn’t enough, next to Towne Lake is the Wilson Creek Softball and Baseball Complex, which features six fields, bullpens, dugouts, restrooms, screens, and is open year-round.

• Also nearby (slightly northwest of U.S. 75( is the Al Ruschhaupt Soccer Complex — and youth soccer is a big deal in North Texas. Parents looking for houses for sale in McKinney and investigating McKinney real estate with kids who play soccer are often surprised to find a 96-acres complex with five lit regulation-size soccer fields and fields for lacrosse, cricket and football. The complex also features a hike and bike trail, concession stands, restrooms, picnic shelters, a spa (water) pad to keep the little kids amused, an amphitheater, and wheelchair accessibility.

• A bit further away to the south and west is the infamous Tournament Players Club at Craig Ranch, a premier Texas private club “built for the pros, played by you.” Craig Ranch features 233 acres of countryside within a gated wellness and lifestyle community. Opened in 2004, the TPC at Craig Ranch has been named one of the 10 best golf courses in Texas by Golf Digest (2011) and is one of only two courses in the DFW area certified as an Audubon Cooperative System. Oh, yeah, the par-72, 7,438-yard course was designed by golfing legend Tom Weiskopf.

• Aside from rolling hills and winding creeks, 3508 Elk Run Rd. is not far from the McKinney Marketplace, a newer retail center with an eclectic variety of shops and services.

3508 Elk Run Rd. and The Bluffs of Winding Creek is not an area to sit and hang out. People who are looking at new homes in McKinney, TX and are investigating luxury real estate in McKinney are active and on the go.

To give people looking at homes for sale in McKinney or evaluating McKinney real estate, here’s some context and perspective about the area, followed by a few things to do:

Things to Do in McKinney

Ah, Main Street. Every city has got one. McKinney’s Main Street is its Historic Downtown District, which serves as the retail, dining, entertainment, and business destination. Attractions include:

• McKinney Performing Arts Center: This used to be the old Collin County Courthouse, now renovated so residents, visitors, and guests considering buying a home for sale in McKinney or looking into McKinney real estate can enjoy plays, musicals, concerts, comedy acts, and other performing arts.

• Heard-Craig Center for the Arts: Heard-Craig is a now-historic home built in 1900, which still contains original furnishings, art collections, and Heard family memorabilia. It, too, is a favorite place for wedding receptions, small performances, and quarterly teas.

With a Main Street and a Historic Downtown Area come annual events, and McKinney offers residents, visitors, and those looking for new homes in McKinney or are evaluating McKinney real estate options plenty of things participate in, including:

Krewe of Barkus Dog Parade (Sunday before Mardi Gras): It’s a parade, costume contest, and more, modeled after the Mystic Krewe of Barkus in New Orleans, establishes to help abused and abandoned canines.

Arts in Bloom (second Saturday in April): More than 150 local and regional artists showcase their art in store fronts throughout downtown, representing every mix and medium.

Bike the Bricks (Friday of Memorial Day weekend): Neighboring communities have bicycle “rallies” but few feature hard core competition. Bike the Bricks is a closed course bike race through downtown that includes interval races and a $25,000 purse. Oh, yeah, there’s a lot of food and drink, too, for those who cheer from the sidelines.

Second Saturdays (monthly): There is a famous, epic flea market called First Monday, far, far east of Dallas and McKinney. Playing off the idea of a monthly event but much, much closer to home is Second Saturdays — an evening when residents, visitors, and those considering McKinney real estate gather to enjoy art music, and culture downtown.

Oktoberfest (last weekend in September): Who doesn’t like a good Oktoberfest? Certainly folks in the DFW area. McKinney is no different as it offers German food, drink, music, costumes, dancing, and activities. Yeah, and the beer is pretty amazing.

Scare on the Square (Halloween): It started small but has grown to hundreds of trick-or-treaters meandering, safely, from shop to shop downtown collecting candy and sweets in costume.

Home for the Holidays . . . a McKinney Christmas: Forget the crowded shopping malls at the holiday. Start off Thanksgiving weekend with horse drawn carriage rides, photos with Santa, and then shopping more than 100 boutiques, art galleries, antique shops, bookstores, and apparel and gift stores for that perfect gift.