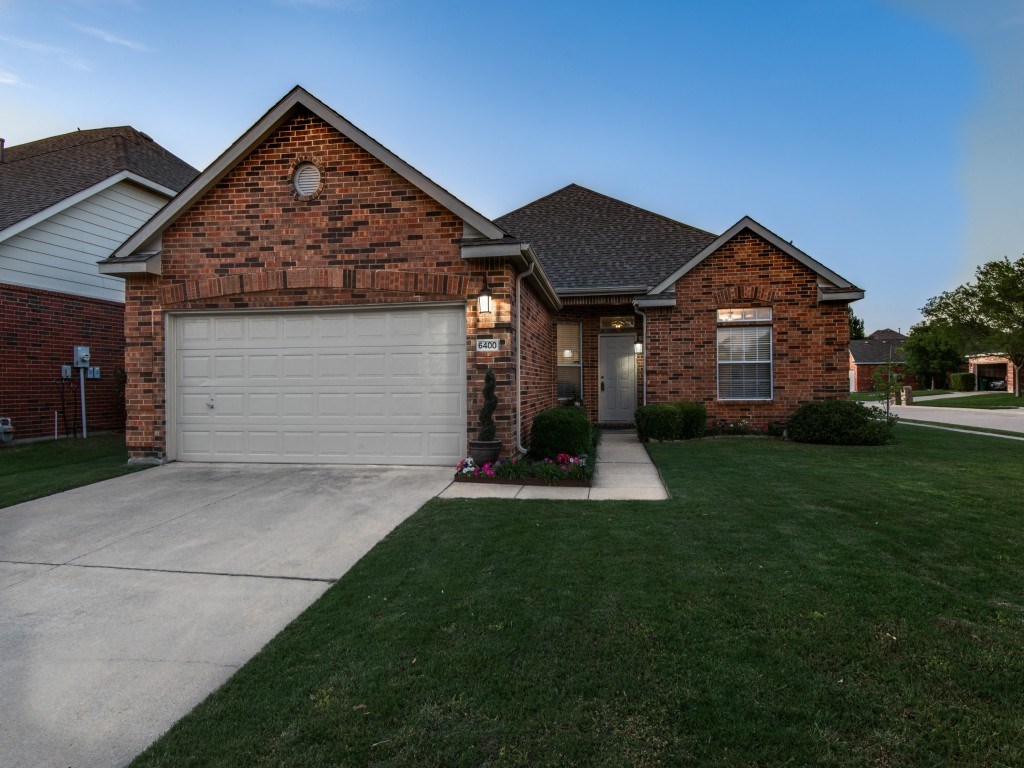 When looking at homes for sale in McKinney, TX or evaluating McKinney real estate, there are, obviously, thousands of things to consider. Let’s look at specifics for 6400 LaSalle Ln., a part of the Live Oak Village.

6400 LaSalle Ln. is in the heart of McKinney and, by being so close to W. Eldorado Parkway (a major east-west thoroughfare through the city), the residence is not only close to some of the “big things” McKinney has to offer like Stonebridge Ranch Country Club but also the “everyday” parks, schools, and businesses that people looking for houses for sale in McKinney or investigating McKinney real estate are interested in.

Here’s a brief “walk around” the immediate area for 6400 LaSalle Ln., including:

• Serenity Park, a 16.7-acre neighborhood park that has one first-come-first-serve picnic shelter, a barrier-free play structure, hike and bike trail, two baseball/softball backstops, a pond with a fishing pier, and open space for soccer or football practice.

• The park is also next to Wolford Elementary and Evans Middle Schools, although 6400 LaSalle Ln. is served by Dowell Middle School. The high school is McKinney. Nonetheless, Wolford, Evans, Dowell, and McKinney are all part of the McKinney Independent School District that has 26 of 27 campuses ranked “exemplary” or recognized by the Texas Education Agency.

• Other schools of interest in the area, which may be of interest to people looking at homes for sale in McKinney or looking into McKinney real estate are Merryhill Preschool and Wonderland Montessori Academy. Merryhill has been a part of the local community since 2008 and is fully accredited by Southern Association of Colleges and Schools Council on Accreditation and School Improvement (SACS CASI). Wonderland includes AMI/AMS (Association Montessori International/American Montessori Society) certified teachers.

• Further south are a couple of similar schools: The Goddard School for Early Childhood Development and a second montessori — Heartland Academy.

• Once school is done for the day, Texas Best Gymnastics is close by for those extra curricular activities, including gymnastics, tumbling, preschool and after school programs.

• Always convenient to have nearby is Market Street, a specialty grocery store, and a neighborhood Irish pub, in this case DeLaney’s.

To give people looking at homes for sale in McKinney or evaluating McKinney luxury real estate, here’s some context and perspective about the area and things to do in McKinney: