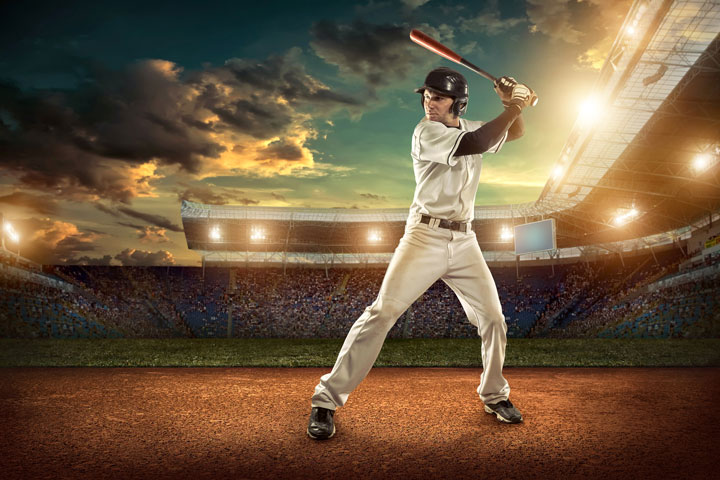 If you are a sports fan or weekend warrior looking to buy a new home in Frisco, TX or just investigating Frisco’s real estate options, get out that No. 1 foam finger and softball mitt.

There are so many sports to attend and play year ‘round that the new lawn will never get mowed — at least by you. To help newcomers to the area, The Brent Germany Team has put together a few lists of sports to attend as a fan, to play as a weekend warrior, or to get the kids involved.

We’ll start with the professional teams and their ties to Frisco.

One thing that’s a super sell for sports fans who are looking to purchase a new home in Frisco or who are contemplating Frisco real estate is the plethora of professional sports in North Texas.

Professional football and baseball are about 30 minute drives from Frisco to Arlington to the west and south, depending on time of day and traffic.

Professional basketball and hockey also are about 30 minute drives from Frisco to downtown Dallas to the south, again depending on time of day and traffic. What big city and its bedroom communities don’t have traffic?

Professional soccer is the most accessible sport to Frisco residents as the team plays its home games in the city.

Widely recognized as America’s Team, the Cowboys are as storied of a franchise as any in American sports. Dallas, 5-3 in Super Bowl appearances, now plays in a billion-dollar spaceship of a stadium in Arlington, but that’s not all (read on).

Once the laughing stock of the American League, the Rangers — who also play in Arlington, across the parking lot from the Cowboys — have played in two World Series within the past decade and are now perennial contenders to win the AL West and make baseball’s playoffs, but that’s not all (read on).

Long ago the laughing stock of the National Basketball Association, the Mavericks under owner Mark Cuban won the NBA title in 2011 and are considered perennial playoff contenders as well, but that’s not all (read on).

Transplanted from Minnesota, the former North Stars won the National Hockey League title in 1999 and, like the Cowboys, Rangers, and Mavericks, are considered a perennial playoff contender, but — you guessed it — that’s not all (read on).

A charter member of the Major Soccer League (MLS), FC Dallas began play in 1996 and is immensely popular at its Toyota Stadium home in Frisco. North Texas is considered the hotbed of youth soccer in Texas and FC Dallas plays a major advocate role for all soccer activities.

Sure, anybody moving into the Frisco area most likely knows the Cowboys, Rangers, Mavericks, Stars (and maybe FC Dallas) are the professional sports franchises, but few are aware how deep team ties are to Frisco, which benefit all residents.

The Cowboys recently moved their World Headquarters and practice facility to a 91-acre development known as The Star. In addition to HQ, there’s a futuristic training complex, a 12,000-seat multi-use event venue (The Ford Center), and a wide range of mixed-use elements like dining, shopping, and hotel space available.

Naturally, living near the Cowboys’ HQ is a big draw for sports fans wanting to buy a home in Frisco or considering Frisco real estate. But there is more.

The Ford Center is also shared with the City of Frisco and the Frisco ISD, meaning if Junior makes a local high school football team he might play where the Cowboys practice or a daughter performs as a cheerleader or drill team member.

The Star also offers VIP Guided Tours, meaning Frisco residents can easily impress out of town guests by taking them the Cowboys’ War Room (where NFL drafts are planned), the Nike Star Walk (a collection of the 10 most significant milestones in Cowboys’ history, the Super Bowl Memorabilia & Station (a display of Super Bowl Trophies and rings from 1971, 1977, 1992, 1993, and 1995, and Grand Atrium.

The Rangers’ Double-A affiliate, the RoughRiders, play games at the Dr Pepper Ballpark in Frisco. The RoughRiders are an absolute gem because most minor league teams are in cities far away from the parent club. Founded in 2003, the RoughRiders are close enough that the Rangers funnel much of their up and coming talent through the team and baseball fans have taken notice. Frisco has led attendance among all Double-A franchises for the past 12 seasons.

Any baseball fan who is considering buying a home in Frisco or purchasing Frisco real estate cannot go wrong by living so close to the RoughRiders.

The Texas Legends are the NBA’s D-League (Development League) affiliate team for the Mavericks. The Legends, formerly the Colorado 14ers, began playing at the Dr Pepper Arena in 2010-2011 and last year led the D-League in overall sales, sponsorship sales, and season ticket sales for the fourth consecutive year.

Like the Cowboys, the Stars are headquartered in Frisco and practice at the Dr Pepper StarCenter. Practice sessions are free and open to the public. The StarCenter also hosts multiple special events throughout the year including tournaments, development camps and youth hockey programs, even community skate nights and public rink access.

In addition to the big league teams, Frisco also plays host to several annual sporting events, although these tend to change year to year.

Previous events included the Big 12 Gymnastics Championship and the US Youth Soccer National Championship Series. The best way to see what is going on is to visit the Frisco Sports Calendar of Events page or Frisco IS Sports.

Just as impressive as the ties to professional sports teams in Frisco are the opportunities for weekend warriors (and their kids) to play a huge variety of sports themselves, yet another reason why people are looking to buy new homes in Frisco and are considering the myriad of real estate options in Frisco.